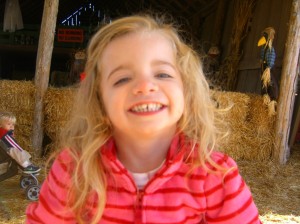 One can only imagine the joy and excitement that comes with the arrival of a new baby. We were no different from anyone else; we were extremely excited about the arrival of our little girl, Jasey. However, our joy and excitement was overshadowed by tears, questions, and lots of prayers very early in her life. When she was but one week old, Jasey stopped breathing and had to be hospitalized.

We spent a few weeks in the hospital as the doctors worked to find out why she continued to stop breathing. We would be released from the hospital only to return a few days later and stay for one month. Jasey stopped breathing nine times within the first two weeks of her life. She was diagnosed with seizures and was placed on a seizure medicine and a breathing monitor. Over the next few months, thankfully, we did not experience any more episodes of her not breathing.

As Jasey continued to get older, we noticed that she was not hitting milestones that other children her age were reaching. Therefore, she started physical therapy and then added speech and occupational therapies to help with the developmental delays. In addition to seizures and global developmental delays, she also had heart murmurs and was diagnosed with failure to thrive.

Her pediatrician referred us to the Department of Genetics of a local hospital for genetic testing. Jasey went through numerous genetic tests over the next few years of her life and we still didn’t have any answers. So, I started researching children hospitals that specialized in genetic research. I contacted Cincinnati Children’s hospital and we started seeing physicians in the following departments: genetics, pulmonary, neurology, developmental, and orthopedics.

After years of searching for answers, Jasey has a diagnosis. When she was diagnosed, she was the third person in the world to be diagnosed with PACS1, 1st female in the world, and 1st person in the United States. Jasey continues to receive physical therapy, speech therapy, and occupational therapy. Thankfully, she is making great progress. She is truly a walking miracle. We are continuing to work with Cincinnati’s Genetic department in their quest to learn more about this mutation. 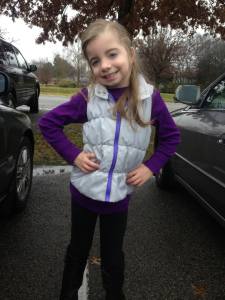 One thought on “Jasey”

(c) PACS1 Families (2014 through current date). Unauthorized use and/or duplication of this material without express and written permission from this site's author and/or owner is strictly prohibited. Photographs are not to be redistributed with out permission. Excerpts and links may be used, provided that full and clear credit is given to PACS1 Families with appropriate and specific direction to the original content. Please contact PACS1information@gmail.com for permissions

The Parents of Children with PACS1 can be contacted at PACS1information@gmail.com The parents are from all over the globe. Please feel free to ask us any questions in regards to our children's journeys.
%d bloggers like this: